Your Office Job is Aging You. Here’s What You Can Do.

Your office job is aging you in ways that you may or may not realize, and we’ve got proof. To help you understand how, we’ve put together a list of three research-backed ways the office is making you older, and what you can do to protect yourself. 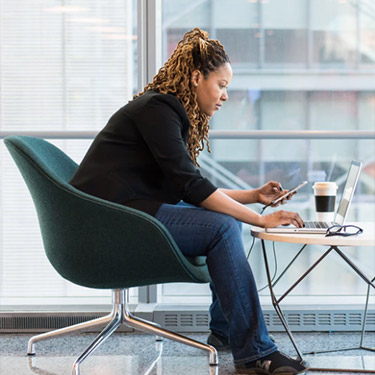 A recent study (2017) found that women who sit for more than 10 hours a day with little physical activity have cells that are biologically 8 years older.

The study completed at University of California San Diego School of Medicine found that “elderly women who sit for more than 10 hours a day with low physical activity have cells that are biologically older by eight years compared to women who are less sedentary.”

This study supports the notion that cells age faster with a sedentary lifestyle. 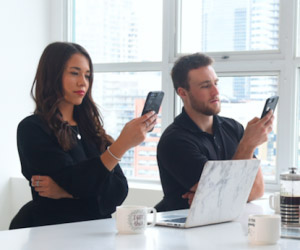 Prolonged exposure to blue light, such as the light that emanates from your devices (think computer, phone, etc), and even artificial light bulbs could have a negative effect on your aging process.

New research at Oregon State University suggests that the blue wavelengths from these devices can cause damage to the skin and brain cells.

A study was conducted by a researcher named Jaga Giebultowicz to determine how blue light affects skin cells. During her study, she found that the common fruit fly responded negatively to daily 12-hour exposure to a similar blue wavelength that is emitted from phones, computers, and other common devices. The findings were shocking– the light exposure accelerated the aging process.

Eileen Chow, a faculty research assistant in this lab notes, “Human lifespan has increased dramatically over the past century as we’ve found ways to treat diseases, and at the same time we have been spending more and more time with artificial light,” she said. “As science looks for ways to help people be healthier as they live longer, designing a healthier spectrum of light might be a possibility.”

The findings are naturally quite scary for office workers as a majority of their day is spent in front of a computer screen.

3. Slouching in Your Office Chair 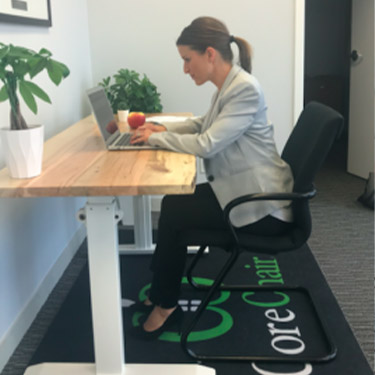 Research shows that people with good posture are healthier and actually live longer.

Poor posture may deprive the body and brain of proper oxygen intake. Poor bent over posture affects how well the heart pumps blood and even how well you can breathe. Therefore, without good posture, the brain, heart, and lunges cannot function efficiently.

As the human race is evolving day by day, so are the working patterns. The traditional ways of working have been taken over and replaced by modern office workstations. As an individual, you have to provide in terms of comfort for your convenience and satisfaction as...

Have you ever owned a lowback ergonomic chair before? While these chair designs appear to be Backless posture chairs, compared to traditional tall back chairs, they are becoming increasingly popular as people seek an alternative to chairs that provide too much...

What is a healthy chair, and when is it especially needed?

Looking at a chair and seeing that it includes features that are beneficial is a fair assessment. That doesn't mean the chairs are healthy, though - until you sit down and experience the chair for a prolonged period of time. When you do, your back and legs might not...